AFTER TWO LONG YEARS IN THE DARK, WE ARE BACK WITH RUDDIGORE FOR OUR 2022 SEASON!

We are still accepting chorus and backstage members up until the end of January, so if you are interested in either please fill out this form.

In the town of Rederring, in Cornwall, a chorus of professional bridesmaids frets that there have been no weddings for the last six months. All of the eligible young men are hopeful of a union with Rose Maybud, the prettiest maiden in the village, yet they are too timid to approach her. The desperate bridesmaids ask Rose’s aunt, Dame Hannah, if she would consider marrying, but she has vowed to remain eternally single. Many years previously, she had been betrothed to “a god-like youth” who turned out to be Sir Roderic Murgatroyd, one of the bad baronets of Ruddigore. Only on her wedding day had she discovered his true identity.

Dame Hannah tells the bridesmaids about the curse of Ruddigore. Centuries ago, Sir Rupert Murgatroyd, the first Baronet of Ruddigore, had persecuted witches. One of his victims, as she was burnt at the stake, cursed all future Baronets of Ruddigore to commit a crime every day, or perish in inconceivable agonies. Every Baronet of Ruddigore since then had fallen under the curse’s influence, and died in agony once he could no longer bring himself to continue a life of crime. 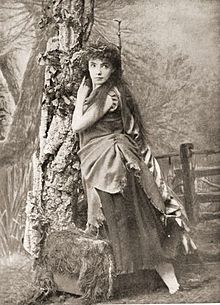 After the horrified bridesmaids exit, Dame Hannah greets her niece, Rose, and asks whether there is any young man in the village whom she could love. Rose, who takes her ideas of Right and Wrong from a book of etiquette, replies that all of the young men she meets are either too rude or too shy. Dame Hannah asks particularly about Robin Oakapple, a virtuous farmer, but Rose replies that he is too diffident to approach her, and the rules of etiquette forbid her from speaking until she is spoken to. Robin enters, claiming to seek advice from Rose about “a friend” who is in love. Rose says that she has such a friend too, but Robin is too shy to take the hint. Rose’s devotion to etiquette prevents her from taking the first step, and so they part.

Old Adam, Robin’s faithful servant, arrives and addresses Robin as Sir Ruthven (pronounced “Rivven”) Murgatroyd. Robin reveals that he is indeed Sir Ruthven, having fled his home twenty years previously to avoid inheriting the Baronetcy of Ruddigore and its attendant curse. He tells Adam never to reveal his true identity. Now Richard Dauntless, Robin’s foster-brother, arrives after ten years at sea. Robin tells him that he is afraid to declare his love to Rose, and Richard offers to speak to her on his behalf. When Richard sees Rose, however, he falls in love with her himself and proposes immediately. After consulting her book of etiquette, Rose accepts.[16] When Robin finds out what has happened, he points out his foster-brother’s many flaws through a series of backhanded compliments. Realising her mistake, Rose breaks her engagement with Richard and accepts Robin. 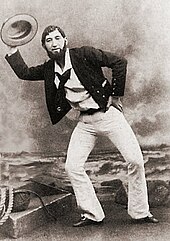 Mad Margaret appears, dishevelled and crazed. She has been driven to madness by her love for Sir Despard Murgatroyd, the “Bad Baronet.” She is jealously seeking Rose Maybud, having heard that Sir Despard intends to carry Rose off as one of his daily “crimes.” Rose tells her, however, that she need not fear, as she is pledged to another. They leave just in time to avoid the arrival of the Bucks and Blades, who have come to court the village girls, followed by Sir Despard, who proceeds to frighten everyone away. He muses that, although he is forced by the family curse to commit a heinous crime every day, he commits the crime early, and for the rest of the day he does good works. Richard approaches him and discloses that Despard’s elder brother Ruthven is alive, calls himself Robin Oakapple, and is going to marry Rose later that day. The elated Despard declares himself free of the curse, as he can now transfer the baronetcy to his brother.

The village gathers to celebrate the nuptials of Rose and Robin. Sir Despard interrupts, revealing that Robin is his elder brother and must accept his rightful title as the Bad Baronet. Rose, horrified at Robin’s true identity, resolves to marry Despard – who refuses her: now free of the curse, the ex-baronet takes up with his old love and fiancée Mad Margaret, who is ecstatic. Rose then accepts Richard, as he “is the only one that’s left.” Robin leaves to take up his rightful identity as Sir Ruthven Murgatroyd.

At Ruddigore Castle, Robin (now Sir Ruthven) tries to come to grips with being a bad baronet, a task at which he proves to be spectacularly lacking. Old Adam suggests various evil crimes, but Robin prefers minor acts that are not criminal, but “simply rude”. Richard and Rose enter to ask Robin’s consent to their marriage, which he gives grudgingly. 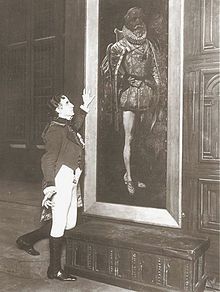 Robin’s weak crimes stir his ancestral ghosts from their usual haunt of the castle’s portrait gallery. The curse requires them to ensure that their successors are duly committing a crime every day, and to torture them to death if they fail. They inquire as to Robin’s compliance with this requirement. They are not pleased to learn that the newly-recognised baronet’s crimes range from the underwhelming (filing a false income tax return: “Nothing at all”, say the ghosts; “Everybody does that. It’s expected of you.”) to the ridiculous (forging his own will and disinheriting his unborn son). Robin’s uncle, the late Sir Roderic Murgatroyd, orders him to “carry off a lady” that day or perish in horrible agony. After the ghosts treat him to a sample of the agonies he would face, Robin reluctantly agrees. He tells Adam to go to the village and abduct a lady – “Any lady!”

Despard has atoned for his previous ten years of evil acts and has married Mad Margaret. The two of them now live a calm, dispassionate life of moderately-paid public service. They come to the castle and urge Robin to renounce his life of crime. When Robin asserts that he has done no wrong yet, they remind him that he is morally responsible for all the crimes Despard had done in his stead. Realising the extent of his guilt, Robin resolves to defy his ancestors.

Meanwhile, Adam has complied with Robin’s orders but has unfortunately chosen to abduct Dame Hannah. The dame proves formidable indeed, and Robin cries out for his uncle’s protection. Sir Roderic duly appears, recognises his former love and, angered that his former fiancée has been abducted, dismisses Robin. Left alone, he and Dame Hannah enjoy a brief reunion. Robin interrupts them, accompanied by Rose, Richard and the bridesmaids. He quibbles that, under the terms of the curse, a Baronet of Ruddigore can die only by refusing to commit a daily crime. Refusing is therefore “tantamount to suicide”, but suicide is, itself, a crime. Thus, he reasons, his predecessors “ought never to have died at all.”* Roderic follows this logic and agrees, stating that he is “practically” alive.

Now that Robin is free of the curse, Rose once again drops Richard and happily resumes her engagement to Robin. Roderic and Dame Hannah embrace, while Richard settles for the First Bridesmaid, Zorah.